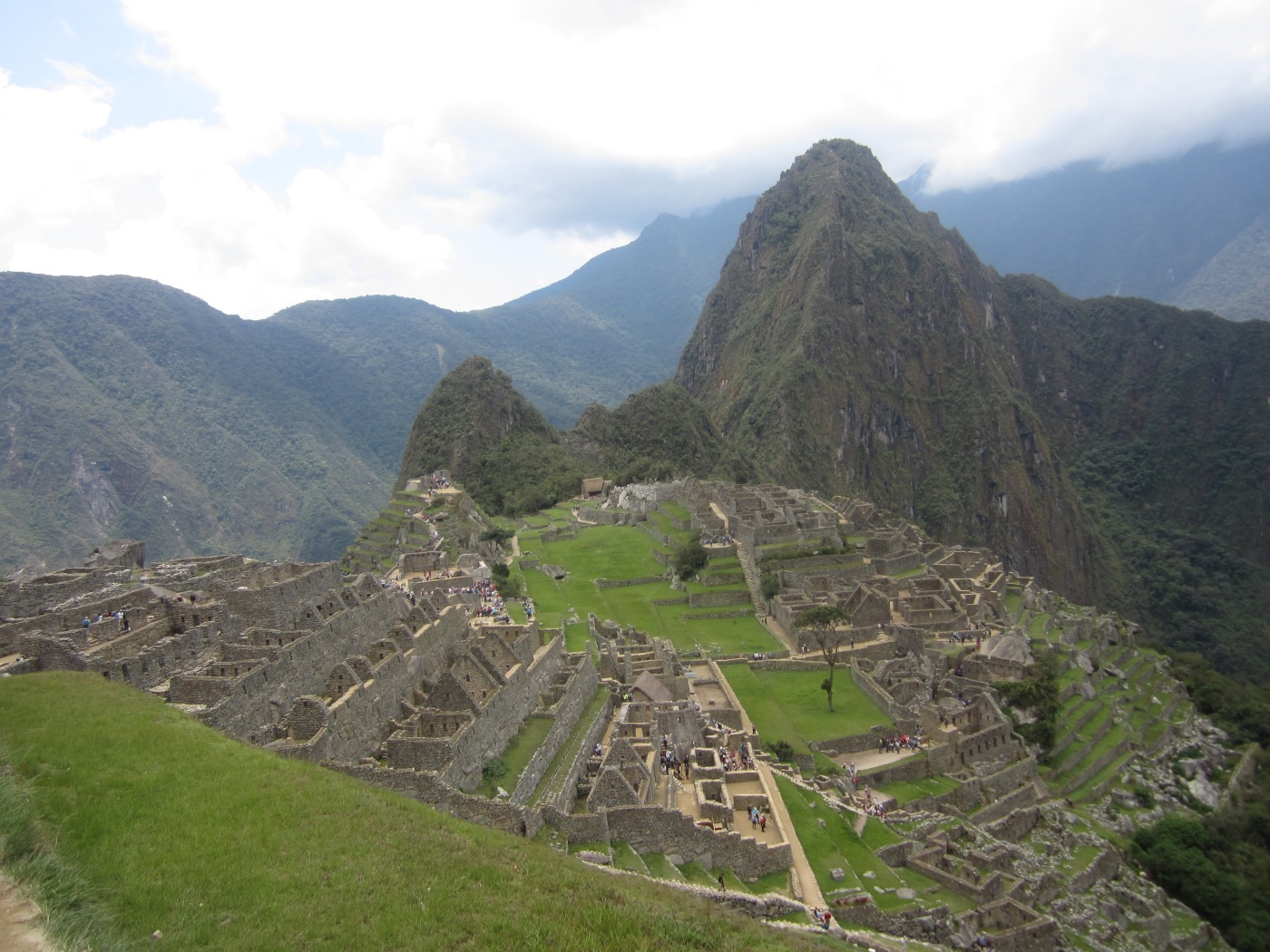 We crossed the border safely thanks to the Bolivia Hop started in Cusco, having a few nights here which gave us chance to recover from dodgy stomachs again and sort out train and entry tickets to Machu Picchu. We also took a day trip to Sacred Valley. This was a great way to spend a day and worthwhile doing before Machu Picchu, if you do it afterwards you are just going to end up disappointed. Don’t say we didn’t warn you!

The day after Sacred Valley was my birthday and seemed to be the perfect day to visit Machu Picchu. We caught a taxi to the train station in Cusco and boarded the train to Aguas Calientes. The train ride takes just over three hours and takes in some stunning scenery. At Aguas Calientes you can either take a minibus or hike to entrance point. The first thing we did when we arrived was climb to the top of the Temple of the Sun. It felt as though we would never reach the top but it was absolutely worth every step.

We continued to explore the Inca ruins, taking the iconic shots and bumping into the odd Alpaca (or was it a Llama? I never got to grips with the difference in ears).

After Cusco we went to Arequipa to see Momia Juanita. There’s also an active volcano which is a cool sight. From Arequipa we headed to Lima where they have a park full of cats! Yes! One of the highlights of my trip for sure. Kennedy Park is all that sticks in my mind from Lima, so don’t ask me for any other tips. We then headed to Paracas on the coast. Paracas is home to the Isla Ballestas a.k.a. The Poor man’s Galápagos Islands! It is also home to Joey’s favourite street lady. Apparently her meat skewers were the best. Here we explored the islands, and enjoyed seeing the variety of wildlife, sea lions, penguins (who knew they lived this far north) and of course the blue footed booby anyone? There is also the Rioja beach, no it’s not full of wine, just red sand.

We had a night back in Lima (and treated ourselves to a fancy hotel with a bath!) before the 18 hour bus ride to Mancora. Mancora is another beach resort with a lively night time scene. It felt as though we were unable to walk down the street without being offered some kind of drug. But the beach was nice, the vibe chilled and this was the first time I realised that my incredibly milk white skin was capable of developing some colour. We spent a week here mainly chilling on the beach and avoiding the local characters. They had mini supermarkets so our evenings were spent drinking spirits and playing our favourite card game, shit head.

From Mancora we booked ourselves onto a bus to cross the border to Guayaquil in Ecuador. What a border crossing that was!